My small AdWords experiment has been completed a while ago and now I'm presenting results here, as promised.

First of all I'd like to point out, that my budget was very limited, as I'd decided to spend only about 100$, so my experience is by no means applicable for real businesses, but it should give you a little taste of what AdWords is and how it works.

1. Setup
After you've signed up with your AdWords account Google suggests following simple actions:
Choosing your budget actually means picking some limits, how much are you willing to pay per click and how much per day. As it turns out, ad costs are very dynamic and you can't estimate exactly, how much clicks will you get or how much will you be billed for one click. You have to try and adjust your ads and limits as you go. 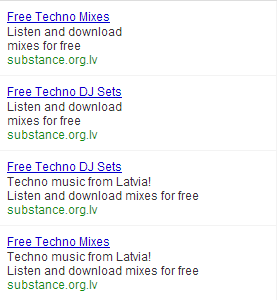 I created four different ads and assigned bunch of suggested keyword groups to them (that picture on the right is actually their preview).

Entering billing information is required at this point, but you get billed later, after your ads have been running for about a week or so (in my case).

One more thing to note - your ads don't just start running right away, they first need to undergo a "review" process, which officially can take up to three business days.

As for me, I launched my campaign on Sunday and ads got approved on Wednesday morning.

2. Effect
As you can see, effect is not instantaneous. When picking cost limits I actually planned to spend my $100 in one week (It was ~70 Euros actually, as Google is billing Europeans in Euros). So I limited my campaign to one week, after which it stopped silently until I extended it again - that's the drop on visitors graph on Jan 22: 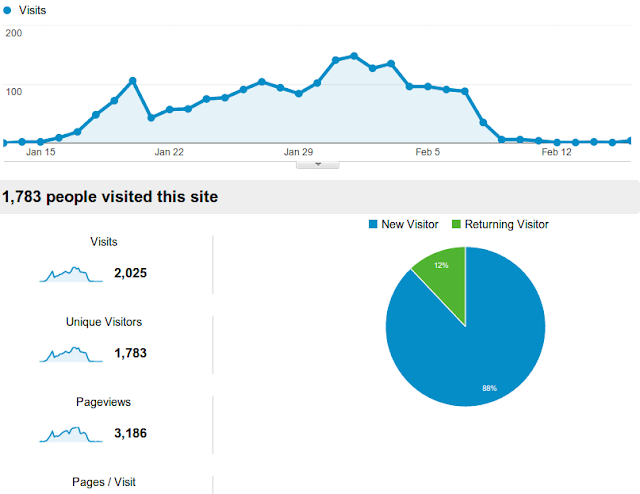 Overall, you can see clear increase in new visitors, but apparently my ad was not that effective as to attract all two thousand people immediately.

Next picture shows report by Country - Poland is clear leader there:

Note, how Poland, Germany and Sweden show longer visiting duration than other countries.

In fact, the sad truth is that almost everybody left immediately after opening the landing page. 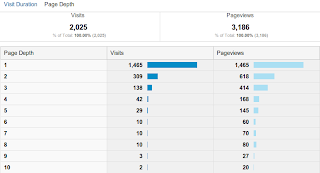 Some people clicked once or twice, but, basically, it's clear that only on the very rare occasion did somebody get interested in the content. For the most part, visitors didn't find what they were looking for.

I didn't get a single comment during this campaign and after it was over, there doesn't seem to be any noticeable activity trail.

Of course, it's not like I was expecting something more, but deep inside, maybe I was hoping for at least some positive effect. Again, reality is pretty much as you think it will be, provided that you're totally pessimistic.

3. Conclusions
It is now obvious that AdWords campaign is not something, that you could just set up in five minutes and expect immediate and long lasting effect. If you aim to promote some serious business, this can't be a one time thing, having some fixed budget. Instead, continuous money-flow is required and you've got to spend endless hours experimenting and tuning your ads to narrow down, which ones are really targeting your potential customers best.

As Jay Conrad Levinson said in his book Guerilla Marketing, it is very important to be persistent in order to succeed. You need to invest in your campaign for years and push it to the point, where people will expect your ad to be there, when they decide they need it.

If you're operating small business and don't have lots of money, you should probably try being more creative and find cheaper, more effective ways to reach your customers. On other hand, if you do have some cash flow, it makes sense to continuously invest in advertisement and Google provides pretty efficient service for this.
Posted by drone at 13:32