Since my first attempt, I've heard from couple of people, that they've successfully upgraded their machines to the Windows 8, so I tried to do this again. Now, in late December, upgrade assistant finally accepted my billing information and I was good to go.

First problem I faced was lack of disk space on my laptop's drive. Somehow Vista had managed to take up about 40 GB of space and I was unable to free up the required 16 GB to do the smooth upgrade.

Since there was nothing valuable on this drive, I burned Windows 8 installation DVD and allowed it to format it. All and all installation took me one evening, mostly because I was doing some other things in parallel on the stationary PC. 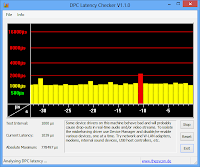 Freshly installed Windows 8 took a lot less space - about 16GB and worked nicely out-of-box. All the hardware was recognized right away, no special Think Pad drivers required. Almost nicely. DPC latency checker showed that, unfortunately, it doesn't work well enough for my external sound card to be used. Response times were much slower than before, occasionally throwing huge spikes up to 2000 micro seconds long. I believe, installing proper video and wi-fi drivers should help, though.

Overall Windows 8 appears to be pretty good and stable operating system, however it's GUI is a whole different story. I've heard many times from designers, that "simplicity is the key" and "nobody needs these fancy bling-bling features", but com-on! Even my telephone nowadays has 16M colors. Why the hell would they fall back to monochrome, cubic UI? It look's almost like from the early 90-ies.

And those large labels look really weird on high-resolution monitors. For example, PC Settings page having  12 large menu items spread across the screen and a scrollbar for accessing 13th? Crazy!

It appears nowadays all designers are purposely ignoring proven and long-established usability principles just to be modern, and Microsoft is no exception. Even their new logo looks like something that a 10-year-old would mock up in Paint-brush. For me, compared to Windows 7 - it's a huge step back, but apparently many people would disagree.

Resume: I'll be pleased with Windows 8 running on my laptop instead of Vista, if I'll manage to fix the DPC latency problem, but I won't be upgrading my stationary PC's Windows 7 yet, that's for sure.
Posted by drone at 12:18